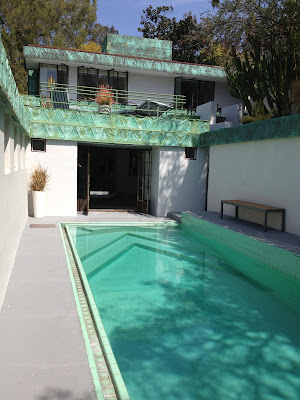 Today we were able to tour one of the true historic architectural gems of Los Angeles- the Lloyd Wright Samuel-Novarro house in the Los Feliz Oaks. It was a treat to walk through this 1928 historical home, with a very interesting history. For more than 85 years, it has been home to a number of celebrities, including Leonard Bernstein, Diane Keaton, Christina Ricci, and the original owner, silent film star Ramon Navarro. 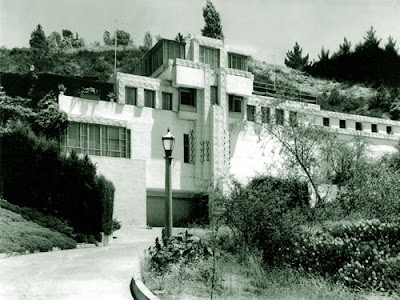 It was originally built for Navarro’s assistant, (and reported lover) Louis Samuel… but here’s the kicker: When Ramon Navarro caught Samuel embezzling money from him, reportedly leaving Navarro with only $160, Samuel agreed to turn over ownership of the property to Navarro to pay him back and to avoid prosecution. Navarro was pretty famous at the time, and didn’t want his private life in the press, apparently. 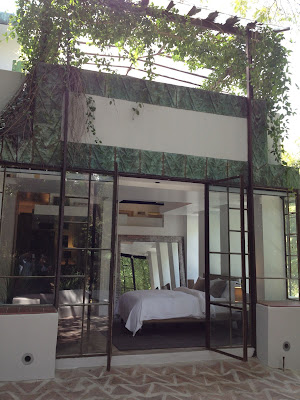 The home is on a hillside, and is three stories, with almost every room opening to patios, the pool, and the gardens. It has 4 bedrooms and 4 baths. It has been restored to its original glory by a recent owner. 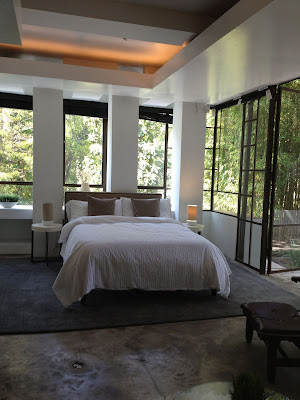 The polished concrete floors throughout the house are great, and all the architectural details are
stunning. 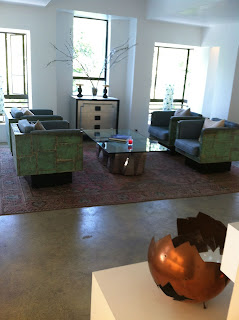 Not too far away is Lloyd Wright’s Sowden house, where some think the Black Dahlia murder may have occurred.

If you would like to see this property, or similar properties on the market, don’t hesitate to email us or give us a call at 323-877-2040. More pics here.